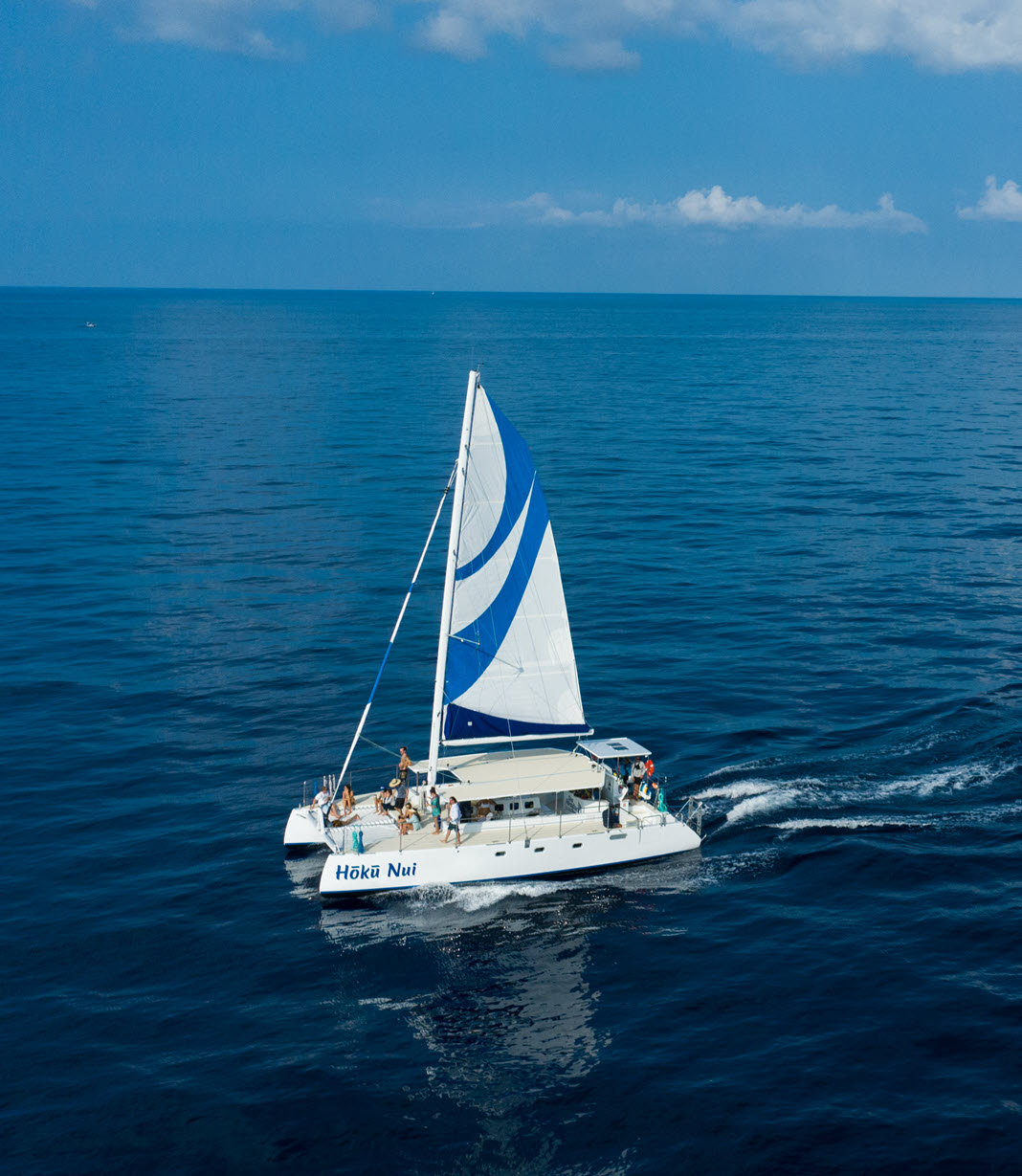 Nina Jay for Symbol Sage on the Gods and Goddesses of Hawaii.  Our snorkel tours are the most fun of the island and will give you a once in a lifetime snorkeling experience in Hawaii.

A group of islands in the central Pacific Ocean, Hawaii is part of the West region of the United States, more than 2,000 miles west of California. Between the 4th and 7th centuries CE, Polynesians settled in the region and introduced the worship of the four main gods—Kane, Ku, Lono, and Kanaloa—and several lesser deities. Each aspect of nature became associated with a god or a goddess, whose tales were kept alive in an oral tradition.

Ancient Hawaiians performed religious ceremonies at their temples known as heiau. These temples were thought to be the source of mana, or divine power, and were restricted to the ruling chiefs and priests called kahuna. They worshipped gods who took the form of idols, fashioned from stone, wood, shells, or feathers. Hawaiian mythology has hundreds of gods and goddesses, but of these, the following are some of the most important.

The chief god of the Hawaiian pantheon, Kane was the creator and the god of light. There are several titles beginning with the name Kane, but they all refer to the creator god. He’s called Tane in Tahiti, New Zealand and southeastern Polynesia. People offered prayers, kapa cloth and mild intoxicants to the god.

According to the myths, Kane lives in a floating cloud between earth and heaven, located at the west of the Hawaiian island, off the coast of Kauai. It’s called Kane-huna-moku, meaning hidden land of Kane. It was thought to be the location of the sacred water of life, whose magical properties include the resurrection of humans who are sprinkled with it. In Hawaii, the great white albatross was identified with the god.

In the 19th century, several Hawaiian chants were written for Kane, but all of them seem to have been influenced by early Christian missionaries. For instance, Kane was thought to be part of a primordial trinity with Ku and Lono, where the two gods assisted him in the creation of the heavens and the earth. In one myth, they created a man and a woman in an earthly paradise called the great land of Kane.

The Hawaiian god of war, Ku is commonly known as Tu throughout Polynesia. The terms ku and tu mean stability, standing tall or rising upright. Wars between tribes and island groups were common, so the war god maintained a high status in the pantheon. In fact, Ku was revered by King Kamehameha I, and his wooden statue accompanied the king in his many battles.

Apart from being a war god, Ku was associated with several roles. He was the chief god of fishermen as Kūʻula-kai, or Ku of the sea, and the chief god of canoe makers as Kū-moku-hāliʻi. He also became associated with the forest as Kū-moku-hāliʻi, or Ku the island spreader. In Hawaii, Ku was linked with male fertility and the husband of Hina, and the two were invoked during rituals.

The Hawaiian god of agriculture, Lono was associated with fertility and the heavenly manifestations of clouds, storms, rain and thunder. He’s known by his full name Lono-nui-noho-i-ka-wai, meaning Great Lono Dwelling in the Water. His symbol was the akua loa—a tall staff topped with a carved human image, whose neck features a crosspiece, and is decorated with feathers, ferns, and kapa cloth.

Also called Rongo or Roʻo in southeastern Polynesia, Lono was also a god of healing. In Marquesas Islands, he’s known as Ono. In Hawaii, there were several temples built for him, devoted to medical purposes. The priests also prayed to Lono for rain and an abundance of crops, especially during rainy seasons. The makahiki, a festival for the annual harvest, was dedicated to him.

In 1778, the British explorer Captain James Cook arrived in Hawaii during the makahiki festival, so the people of the island initially mistook him as their god Lono. The priests even honored him in a sacred ceremony in their temples. During his stay in Hawaii, the people eventually realized that he was a mere mortal. A fight between the British and the Hawaiians ensued, and Cook was eventually killed while taking part in the battle.

The Hawaiian god of the ocean and winds, Kanaloa was Kane’s younger brother. He’s also known as Tangaroa, one of the greatest gods in all of Polynesia. However, his position of authority and roles vary from one island group to another. He was even worshipped by other Polynesians as their creator god and chief god.

In Hawaii, Kanaloa was not as important as the three gods Kane, Ku, and Lono, likely because the people of the island later arranged their pantheon to resemble the Christian triadic pattern. For Hawaiians, he was the god of squid—sometimes an octopus dwelling in the depths of the ocean. He rarely had his own temple but was mentioned in prayers and honored during a certain period in the lunar month.

In a Polynesian belief, Kanaloa was the primeval being who took the form of a bird and laid an egg on the primordial waters. When the egg broke, it became the heaven and the earth. In Samoa, he’s known as Tagaloa, who fished up the stone from the bottom of the ocean, which became the first land. In Tahiti, he’s known as Taʻaroa, the creator god, but in New Zealand, he was regarded as Tangaroa, the lord of the ocean.

Being the most recognized goddess throughout all the Polynesian islands, Hina is featured in several mythologies. In Hawaii, she was the sister-wife of Ku, and revered as the ancestral goddess of all the heavens and earth. She was believed to be the first to arrive in the island before the gods Kane and Lono. She was the protector of travelers at night, and the patroness of tapa cloth beaters. In Hawaiian tradition, Hina was associated with female fertility, while her husband Ku with male fertility.

In other Polynesian islands, Hina is called Ina, Hine, or Sina. She’s the Hina-uri of New Zealand, the Hina-Oio of Easter Island, and the Hina-Tuafuaga of Tonga.  In Samoa, she’s known as Sina, the daughter of creator god Tagaloa. In Tahitian mythology, Hina and her brother Ru were voyagers who had travelled many islands—before the former decided to stay in the moon.

The Hawaiian goddess of fire and volcanoes, Pele often appears in myths in the form of a beautiful woman. It was thought that her strong emotions caused volcanoes to erupt. She isn’t known throughout the rest of Polynesia, except in Tahiti by the name of Pere, the goddess of fire. It’s believed that Pele resides in an active volcano in the Kilauea crater, an area considered sacred.

Pele has commanded much respect in the Hawaiian Islands, a region affected by volcanoes and fire. She’s often appeased with offerings and devotees take care not to offend her. During the volcanic eruption in 1868, King Kamehameha V threw diamonds, dresses, and precious items into the crater as offerings to the goddess. The eruption in 1881 threatened the town of Hilo, so Princess Ruth Keanolani prayed to Pele to put an end to the suffering.

The Hawaiian goddess of dance, Laka was honored by islanders through hula—the traditional dance that tells the stories of gods and goddesses, where each dance step is a chant or a prayer. She was also the sister of volcano goddess Pele, and the goddess of the forest. However, Laka shouldn’t be confused with the legendary hero of the same name—also known as Rata.

The Hawaiian fertility goddess, Haumea has various forms and identity in mythologies. Sometimes, she’s depicted as a sister of the gods Kane and Kanaloa. Other stories portray her as a wife of Kanaloa, with whom she had several children. In some legends, she’s identified with Papa, the goddess of the earth, and wife of Wakea.

In a myth, Haumea had a magical stick known as Makalei, which allowed her to change from an old woman into a beautiful young girl. Having this power, the goddess returned to the land again and again in order to sustain the human race. Eventually, her secret was revealed so she ceased living with her human creations.

Haumea was the patroness of childbirth invoked in pregnancy and childcare. In a legend, Muleiula, the daughter of a famous Hawaiian chief, was about to give birth. The goddess discovered that mortals gave birth by cutting open the mother, similar to the cesarean section. So, she made a potion from flowers and gave it to Muleiula, which helped pushed the baby out the normal way.

In Hawaiian mythology, Kamohoaliʻi is the shark god and the elder brother of the volcano goddess Pele. He takes human form, commonly as a high chief, and a cliff overlooking the crater of Kilauea is sacred to him. It’s said that the ashes and smoke from the volcano never come to the cliff, because the goddess Pele fears her brother.

In some Hawaiian legends, Wakea and his wife, Papa, were the creators of the islands. He’s known as Wakea in Hawaii and the rest of Eastern Polynesia, but he’s called Mangaia in the Cook Islands.

It’s said that Papa gave birth to a gourd, which Wakea formed into a calabash—a bottled gourd fruit. He threw open its lid, which became the sky, while the calabash itself became the land and the ocean. The fruit’s pulp became the sun, its seeds became the stars, and its juice became the rain.

In another legend, Wakea seduced the goddess Hina, and she gave birth to the Hawaiian island of Moloka‘i.