Habitat conservation is a land management practice that seeks to conserve, protect and restore habitat areas for wild plants and animals, especially conservation reliant species, and prevent their extinction, fragmentation or reduction in range. It is a priority of many groups that cannot be easily characterized in terms of any one ideology.

The MLCD (Marine Life Conservation District) extends from the highwater mark seaward to a line from Cook Point to Manini Beach Point. A line from Cook Point to the north end of Napo’opo’o Beach divides the district into Subzone A to the north and Subzone B to the south. Kealakekua Bay’s waters are nearly pristine, and its diversity of marine life is spectacular. The northern coastline is bordered by a sheer cliff (Pali-kapu-o-Keoua). On the pali’s face numerous lava tube openings are visible, some of which are ancient Hawaiian burial caves.

Permitted activities:
Within Subzone B only, to fish for, take, or possess any finfish with or by the use of hook-and-line and thrownet, provided that any legal fishing device or method except traps may be used for the taking of akule, `opelu, and crustaceans.
To possess in the water any knife and any shark billy, bang stick, powerhead, or carbon dioxide injector.
With a permit, to engage in activities otherwise prohibited by law for scientific, propagation, or other purposes.

Prohibited activities:
To fish for, take, or injure marine life (including eggs), except as indicated in “Permitted activities” above.
To take or alter any sand, coral, or other geological feature or specimen.
To engage or attempt to engage in fish feeding.
Note: anchoring of boats is prohibited in Subzone A. In Subzone B anchors may only be dropped onto sand, or in such a way as to avoid damage to coral.

The spinner dolphin (Stenella longirostris) is a small dolphin found in off-shore tropical waters around the world. It is famous for its acrobatic displays in which it spins along its longitudinal axis as it leaps through the air. It is a member of the family Delphinidae of toothed whales.

Spinner dolphins are known for their acrobatics and aerial behaviors. A spinner dolphin comes out of the waterfront first and twists its body as it rises into the air. When it reaches its maximum height, the dolphin descends back into the water, landing on its side. A dolphin can make two to 5.5 spins in one leap; the swimming and rotational speed of the dolphin as it spins underwater affects the number of spins it can do while airborne. These spins may serve several functions. Dolphins may also make nose-outs, tail slaps, flips, head slaps, “salmon leaps”, and side and back slaps. Depart Keauhou Bay sailing down the Kona coast and snorkel in the pristine waters of Kealakekua Bay and “Red Hill.” Tropical style meals and drinks included. 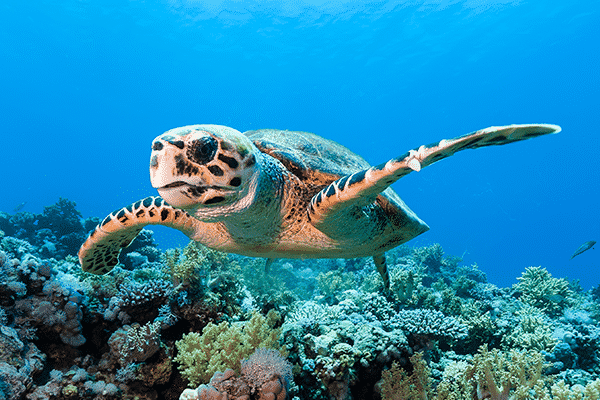 Snorkel in crystal-clear, Kealakekua Bay, home of the Captain Cook Monument. You can also whale watch during the winter months. Light snacks included.