Although there are theories that Spanish or Dutch sailors might have stopped here much earlier, the first documented European to arrive was Captain James Cook. He and his crew on the HMS Resolution and HMS Discovery sighted Kealakekua Bay on the morning of January 17, 1779. He estimated several thousand people lived in the two villages. On January 28, he performed the first Christian service on the islands at a funeral of a crew member.

“Ka’awaloa in 1779” by John Webber, artist aboard Cook’s ship, documents Cook entering the bay during the Hawaiian celebration Makahiki. This was a traditionally peaceful time of year, so he was welcomed and given food. Cook and his crew stayed for several weeks, returning to sea shortly after the end of the festival. After suffering damage during a storm, the ships returned two weeks later, on February 14. This time relations were not as smooth.

After the theft of one of Resolution’s small boats by a native Hawaiian, Cook attempted to lure Hawaiian chief Kalani’opu’u aboard to hold as hostage until the boat was returned. A skirmish ensued during which Cook was struck in the head and stabbed, near the spot where he had first set foot on the island. This death was depicted in a series of paintings “Death of Cook.”

A large white stone monument was built on the north shore of the bay in 1874 on the order of Princess Likelike and was deeded to the United Kingdom in 1877. The chain around the monument is supported by four cannons from the ship HMS Fantome, each placed with their breaches embedded in the rock in 1876. It marks the approximate location of Cook’s death.

The monument is unreachable by road; this remote location is only accessible by water or an hour-long hike along a moderately steep trail. Many visitors have rented kayaks and paddled across the bay, about 1.5 miles (2.4 km) from its southern end, however as of February 1, 2013 a moratorium prevents kayaks, stand-up paddle boards, surfboards and bodyboards from entering the bay. The pier at Napo’opo’o can be accessed down a narrow road off the Hawaii Belt Road. The beach sand was mostly removed by Hurricane Iniki in 1992.

Hawaiian Spinner Dolphins frequent Kealakekua Bay, especially in the morning. The bay serves as a place for them to rest and feed, and as a nursery for mothers and their calves. Due to the calm water conditions, extensive coral reef, and thriving underwater life, Kealakekua Bay offers some of the best snorkeling and diving in Hawaii. The shallow waters adjacent to the monument are best for snorkeling and scuba diving. About 180 acres (0.73 km2) around the bay was designated a State Historic Park in 1967, and it was added as a Historic District to the National Register of Historic Places in 1973 as site 73000651. The 315 acres (1.27 km2) of the bay itself were declared a Marine Life Conservation District in 1969. 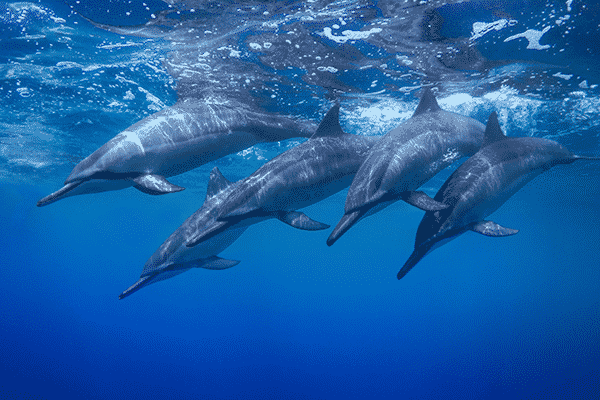 Depart Keauhou Bay sailing down the Kona coast to snorkel in the pristine waters near the Captain Cook Monument in Kealakekua Bay and “Red Hill.” Breakfast and lunch included.